As founder and principal of A Acoustics, Mr. Lahav is responsible for leading and directing the acoustical design, measurement, and analysis activities performed by the firm.

A highly trained and experienced acoustical engineer, Mr. Lahav obtained a BS degree in mechanical engineering from the University of Portland in 1984. For over 30 years, he has designed and directed hundreds of acoustical projects for government and private industry, alike.

For four years, Mr. Lahav was a primary acoustical engineer under Ed Daly of Daly Engineering, a leading acoustical engineering firm in the Portland metropolitan area. An important figure in the profession, Mr. Daly was personally responsible for formulating and defining adopted state and local noise standards. During his tenure with Daly Engineering, Mr. Lahav worked closely with Mr. Daly on a variety of acoustical projects, including the acoustical design of the Oregon Public Broadcasting Television and Radio Studios.

Mr. Lahav also served as director of the acoustics department at VGO Inc. and Gumac. His expertise extends across both the acoustical and mechanical engineering fields, including design and specification of HVAC systems and plumbing systems, as well as steam and energy studies. Mr. Lahav is a former navy submarine electrical specialist, who trained and supervised technicians. 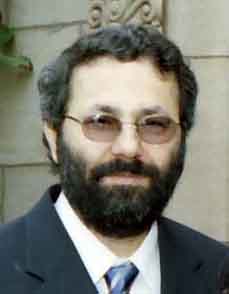